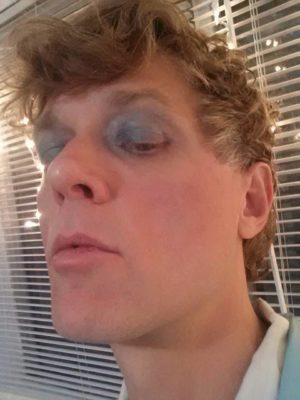 Jesse Reklaw is an award-winning cartoonist and illustrator, author of five graphic novels, a musician, and a web developer. An early adopter of online publishing, his dream-based Slow Wave strip was one of the first dozen web comics, appearing online in 1995, and later nationally syndicated in alternative newsweeklies for seventeen years.

Jesse began drawing comics during the do-it-yourself (DIY) frenzy of the late ’80s and ’90s, and has designed and self-published over 75 books, comics and zines. He co-founded the small-press distribution company Global Hobo, administrated the nonprofit Maisie Kukoc Award for Comics Inspiration, and has led workshops and taught cartooning at many institutions and events.

As a programmer, Jesse enjoys coding well-designed, highly-functional, and easy-to-maintain websites. He graduated with a BS in Computer and Information Sciences and a BA in Art from UC Santa Cruz, and received an MS in Computer Science from Yale University, where his focus was on artificial intelligence and computer vision.